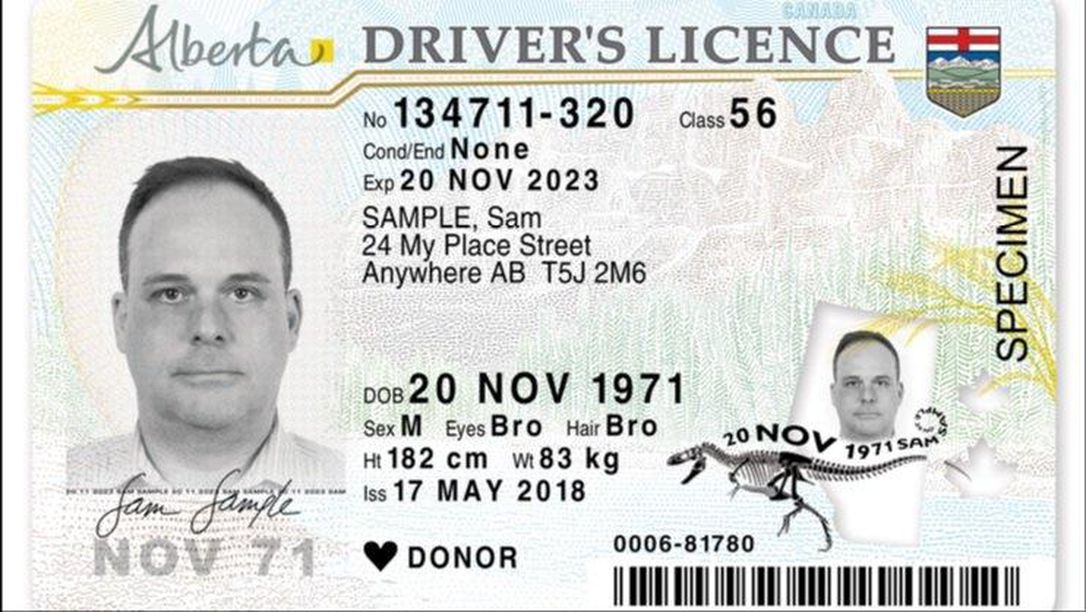 If you are a dinosaur fan, you are going to love the new Alberta Driver’s Licence since the Albertosaurus features prominently. Castle Mountain and the Bow River are two other artistic elements on the new card.

Service Alberta predicts that this new design will save the province $1 million per year since they are slightly less costly to produce. Service Alberta has not announced whether they plan to change the fee associated with driver licensing.

The improvements to this licence are more significant than just a re-vamped design. The new Alberta driver’s licence actually boasts advanced security features. The security features, some of which are unique in Canada, fall into three categories: how the card looks, how it feels, and how it sounds.

All of these features allow law enforcement and others whose work involves authenticating identity of individuals to be able to spot a fraudulent licence more easily. The protection of privacy and identity is an important part of what Alberta Registry Agents do every day to keep our province safe and we welcome this new enhanced licence.

The licences are already in production, so you may start seeing them immediately. If you have a current licence, you do not need to visit a Registry office for a replacement until your card expires, or until you need to re-class your licence or change your address or other personal information.